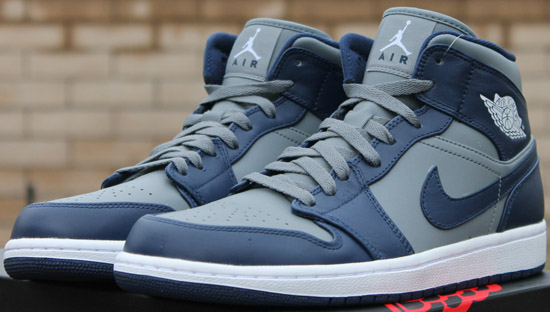 I saw Jason Sudeikis (actor/comedian) on a talk show recently wearing some “throw-back” Nikes. I was a big fan before Coach Ted Lasso came along, and the dude clearly has great taste in shoes.  I tell you this because without much thought, I made a few clicks on my iPhone and the same kind of Air Jordan’s were on the way to my house. It reminded me of the Michael Jordan slogan from my youth, long before the days of social media, that still holds space in my head…

Even after all these years, I guess I can still want to “be like Mike.”

With that mantra stuck in my mind, I did my next morning Twitter scroll through 280-character inflammatory posts and opinions written by the blue checkmarks of the world, and I became painfully aware of how connected we are today to who we follow.

Our “follows” can impact how we think, who we pay our hard-earned money to, how we vote, the language we use, and even what social circles we take part in… Without consciously choosing it, I guess I spend even more hours of my life wanting to “Be like Mike” (or following whoever the trending version of “Mike” is). And the worst part is that I’m too often guilty of “following” the people who’ve only earned it by being flashy enough, loud enough, or outrageous enough to build a platform.

These days we all mindlessly look to people that command the biggest stages on television, Instagram, Twitter, Tik-Tok, Facebook…  Without ever knowing much about their hearts or true intentions. It’s the slogans, photoshopped lives, and soundbites that keep us wanting to “be like Mike…”

And then I thought of a Mike that I actually know.

You see, my friend Mike is a recovering alcoholic who carries a chip that says he hasn’t had a drink in ten years.  He works as the plant manager for a large church and spends most of his week cleaning toilets and taking out garbage.  Mike runs the church’s food bank. He’s in the lobby for every service.  His smile may even make the place brighter than his daily meticulous scrubbing of the lobby floors. And when Mike isn’t at church he volunteers to deliver furniture to victims of domestic violence.

Let me tell you what Mike doesn’t do: Mike doesn’t speak to a large audience on Sunday.  He doesn’t even own a social media account.  He doesn’t even like the spotlight. He’s never written a book, dropped a record, or appeared on television. You’ll certainly never see him on a Late Night talk show sporting Air Jordan’s with a fresh suit. He’ll never be a pro athlete with his own commercials … Mike has no “platform” and I guess he never will.

Truthfully, Mike doesn’t do anything that we celebrate or hand out “blue checkmarks” for in our culture.

But Mike is a good reminder of who we should truly follow.

When I look at the life of Jesus, I find that he wasn’t a fan of celebrity at all. In most cases, he avoided the limelight. He panned political luminaries to spend time with lepers, prostitutes, and traitors. It was always the “religious” guys that outraged him the most. His harshest words were leveled toward the Pharisees (the big-time-preachers of his day) for praying on street corners, drawing attention to themselves, constantly wanting to earn the praise and recognition of others. Jesus had no patience for them. He commended servants whose work and sacrifice went unnoticed… like the woman who gave the very last coin she had to the synagogue in obscurity. He praised the kind of people that wouldn’t garner a lot of “follows” today.

I closed my Twitter feed and looked to the floor at my new Air Jordan’s…  and I was reminded to question who I want to follow each day. Because the Mike I truly admire isn’t a celebrity. He’ll never have a cool pair of shoes with his logo on it. But maybe he should? I want to follow my friend Mike because he is a follower of Jesus. If I’m going to aim to “be like” anyone today… I want to walk in the shoes of a servant leader.

“Jesus answered, “If you want to be perfect, go, sell your possessions, and give to the poor, and you will have treasure in heaven. Then come, follow me.” – Matthew 19:21

You can purchase Matt’s latest 40 day devotional written with Paul Bane from Mindful Christianity, In the Presence of Jesus, from Amazon HERE.