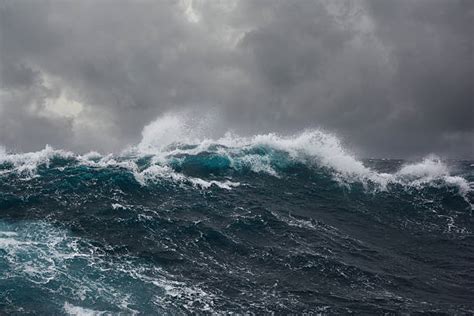 IN THE MIDST OF THE TERRIBLE: “IT IS WELL WITH MY SOUL”

6 Comments on IN THE MIDST OF THE TERRIBLE: “IT IS WELL WITH MY SOUL”

One of my favorite authors, Frederick Buechner, wrote, “Here is the world. Beautiful and terrible things will happen. Don’t be afraid.”

I have to admit that it feels like the “terrible” has outpaced the “beautiful” in these days of COVID numbers, social and political turmoil and economic hardship.

Mass media fills our screens each hour with ocean-storm level chaos. As every new headline nearly capsizes our day, it’s followed by an ominously slow pull back up into the shadow of another towering wave… If you listen closely as you read this sentence, you might even notice the roaring inhale of the next tragedy swelling to crash into our news cycle.

To make matters worse, I know quite a few friends fighting to stay afloat in the midst of illness, despair and unbelievable adversity. My prayer list is full of folks with the kind of struggles that can’t be lightened or explained with any Bible verse, sermon, or religious doctrine.

Here is the world… “the beautiful AND the terrible.” Those lines aren’t easy to dismiss right now.  I realized this morning that this “perfect storm” of a year seems to have the momentum and chaos of hurricanes and nor’easters and the unpredictability of the ocean…  and that reminded me of a famous Gospel tune written by a Chicago lawyer named Horatio Spafford.

In 1871, Spafford had his entire fortune wiped out in the great Chicago Fire.

If that weren’t enough, just four years later a boat carrying his wife and four daughters from England to New York City (named the de Havre) tragically sunk.  226 passengers died, including ALL of Spafford’s children… Only his wife, Anna, was spared.

Spafford immediately sailed from New York to meet his bereaved wife. And in the middle of the journey, it is said that the captain of the ship summoned him up to visit the bridge.

“A careful reckoning has been made”, the captain explained to Spafford, “and I believe we are now passing the place where the de Havre (the sunken ship) was wrecked.”

As they sailed over the waters where his four girls had perished, the grieving Horatio returned to his cabin and penned the lyrics of the famous hymn, “It Is Well with My Soul.”

I’m always stunned at the power of Horatio’s words in the face of such devastating circumstances – how did he even find this vocabulary in such a storm of terrible?

Whatever my lot, Thou has taught me to say,

It is well; it is well, with my soul.

I can’t imagine the gut-wrenching grief Horatio must’ve felt as he sailed over the sunken graves of his four precious children.

In those darkest moments of his life, I believe there had to have been a supernatural visitation in his cabin as he sat down to write. It’s really the only explanation I can find for a grieving father to pen those words…

It isn’t lost on me that there are a far too many people in our world who are caught up in such a moment right now: grieving, broken, afraid… Maybe you are one of them?

All I know for sure about 2020 is that we need God to show up more than ever in the same way I think he did for Horatio Spafford in his darkest hour.

I know that it can happen. I expect it to happen.

Because in the midst of life’s chaos, under waves of tragedy, beneath what Buechner identifies as the “terrible” events of our days, we are often buoyed by a strangely settling presence, a force so inexplicably calm and good that it empowers us to say (even if just for a moment of breath between waves): “It is well.”

Right now, in a year that feels like it could sink us all, I can’t imagine anything more important than for us to ask God for the same holy invasion into our lives, the lives of our neighbors, of all who are suffering… to hope for the divine visitation that moved a grieving father to write such a beautiful hymn.

So, my freinds, in the midst of this present storm, may we pray with desperate expectation for the strength to truly know: “Whatever my lot. Thou has taught me to say…It is well.”

“Do not be afraid or terrified… for the Lord your God goes with you; he will never leave you or forsake you.” – Deuteronomy 31:6

6 thoughts on “IN THE MIDST OF THE TERRIBLE: “IT IS WELL WITH MY SOUL””