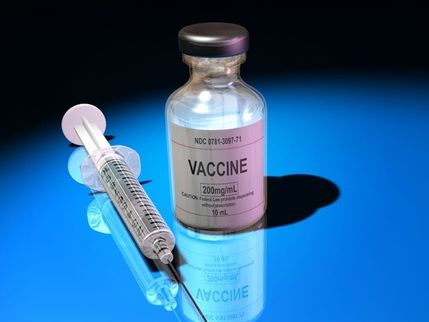 The Vaccination for these Uncertain Times

Leave a Comment on The Vaccination for these Uncertain Times

We’re surely in the middle of some tough days. I couldn’t believe my eyes when I watched a particular news channel show footage of cargo transports in New York containing dead bodies.

I teach a university Mass Media course on occasion and I’ve learned how fear and anxiety can drive clicks and ratings.  But still, the reality that some high-level producer sat in a meeting and made the conscious decision to film transportation of the dead for live television still stunned me. Those people have grieving families.

Honestly, the most bothersome development to me has been the sentiment behind a new phrase circulating among friends and acquaintances. Maybe you’ve heard it too. It’s usually the preface to a conversation and often accentuated with a sigh and followed with some hopeless statistic or observation:

“Well, in these uncertain times…”

The implication, of course, is that times are hard. And that these days are somehow the worst of our lives. But, most of all, these phrases signal a deep sense of hopelessness.

Uncertainty is suddenly cast as a “unique” circumstance of modern life.

And hopelessness is the only thing spreading faster than COVID “in times like these.”

Honestly, I had a moment last week where I was overwhelmed with “these uncertain times.” I went to the store and noticed the fear and anxiety in the eyes of strangers. The gloves and masks. The announcements over the store intercom about social distancing. The empty toilet paper aisle. It was surreal. I was down.

A scroll through Twitter convinced me that hundreds of thousands may die, the economy may collapse, and God knows what catastrophic scenario could hide around the corner for us next.

In February 1997, there was a salesman in his late 40’s who kissed his wife as they headed out the door for work. He picked up McDonalds for lunch and ate it in his car (he left the bag there). He stopped by his home office to make a few phone calls and pick up more samples to take to his afternoon appointments. He was probably walking purposefully back through the house out to his garage, but never made it. He died of a heart attack and was found on the hallway floor.

In November 2003, a 54-year old grandmother went to ER with a kidney stone. It was all routine. She told her husband at least they would have it “out of the way” for the holiday season so she could spend time with her grandsons. But a routine surgery punctured her kidney. A week later, there were more complications. Two weeks later, her husband and daughters were at the best hospital in Nashville watching doctors take her off a ventilator to pronounce her dead.

In July 2004, a young 27-year-old married girl, who was 5 months pregnant and glowing about the future was busy singing and working in her basement with her dog Abby by her side to prepare the house for the arrival of her baby boy, Gabriel. Moments later the dog barked frantically. Her husband and visiting brother rushed downstairs to desperately perform CPR on the floor. She was already gone and so was the baby.

I thought of my dad, my mother-in-law, and my little sister and nephew when I read C.S. Lewis’s words about the crippling fear of a generation that was terrified of the atomic bomb:

“It is perfectly ridiculous to go about whimpering and drawing long faces because the scientists have added one more chance of painful and premature death to a world which already bristled with such chances and in which death itself was not a chance at all, but a certainty.”

Yes, I should know better than to get caught up in the hopelessness, but it’s still difficult.

The sunny truth is that doctors will find a way to neutralize COVID-19. But once we are all inoculated against this terrible virus, we will surely have another storm on the horizon to make us worry about our collective end.

Each new morning I’m having to remind myself (again) that the only real vaccination is found in accepting that there isn’t a vaccination.

“In these uncertain times…”

The reality is that ALL OF OUR TIMES are uncertain.

The truth is that THESE ARE THE ONLY TIMES WE’VE BEEN GIVEN.

So if the virus finds me. If economic ruin crushes us all. Or if one of the drivers I pass on my daily run finally swerves the wrong way (while staring at their iPhone) and hits me…

I hope to be full of the only antidote we have against fear, anxiety, and hopelessness: I hope I’m fully present in THIS TIME I’m given.

I hope the end would find me busy living my day, loving my people, and making a difference in the world, focused on the now rather than worrying about the times. As my man Fred Buechner wrote, “All the unkept promises if they are ever to be kept have to be kept today. All the unspoken words if you do not speak them today will never be spoken… It is the first day, because it has never been before and the last day because it will never be again… Be alive…”

It’s so important to take this pandemic seriously. Continue your social distancing and focus on loving and protecting your neighbors.

But, it’s also vital that we never forget the truest vaccine:

All of our time is uncertain, and it is the only time we get.

For the Lord your God is with you wherever you go.”