4 Essential Lessons about WORK from the movie Inside Llewyn Davis

Inside Llewyn Davis, the tragic story of a talented songwriter at the end of his rope, can provide some important lessons about how we should approach our work. For anyone who strained for anything redemptive to come out of Llewyn’s comically and uncomfortably tragic tale, well, here is my brief offering in the form of four lessons we can all learn from the wildly unlikable folk singer: 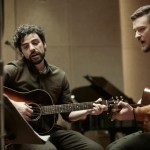 Lesson One:  The film is refreshingly honest about the competitive nature of art.  If writers, musicians, or artists tell you that their craft does not involve a healthy dose of competition, they are lying.  Every successful artist I’ve met carries a chip on their shoulder. In many ways, it is part of what continues to drive them forward. The challenge is to keep that competitive edge from turning to bitterness and envy.  Llewyn’s jealousy is clear from the beginning of the movie as he sits in the Gaslight Cafe leering at other musicians on stage.  He is never able to compliment or appreciate anyone else who sings.  His hostility snowballs until he mercilessly heckles an older woman in the middle of her performance. Llewyn highlights the truth that bitterness and jealousy will always rob your art, your calling, your real work of its joy. Whatever our passion, it should energize us! But when our healthy sense of competition turns to jealousy, we can end up like Llewyn in his conversation with Carey Mulligan’s character, Jean Berkey: exhausted, joyless and wanting to quit.

Lesson 2:  Llewyn’s financial situation is bleak. His bohemian life-style and couch-hopping all over the city seems convenient, but his lack of 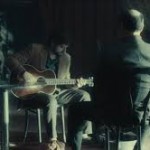 income also forces him to make some desperate decisions.  In a scene hilarious to anyone who has ever received a royalty statement, he visits his record label’s office looking for any type of payment, complains of not being able to afford a winter coat, and leaves with a box of his own unsold (or returned) albums.  He later records a song called “Please Mr. Kennedy” with Justin Timberlake’s character Jim Berkey, but is in such a rush to come up with quick cash that he forgoes future royalties on the work – a decision he later regrets when the track becomes a hit on the radio.  Llewyn teaches us that we often need a “job” in order to fund our “work,” and sheds light on the dirty little secret that our calling doesn’t always pay the bills. For most of us intent on pursuing something we love, a “day job” can be the thing that actually frees us to make the right choices about our truest work.

Lesson 3:  We learn in the movie that poor Llewyn had a partner who committed suicide by throwing himself off a bridge.  For reasons unexplained (aside from his own conceit), Llewyn seems determined to have a solo career. He hitches a ride to Chicago and gets the opportunity to play for a famous music producer named Bud Grossman. After the performance, Grossman delivers some tough words to Llewyn about his dreary prospects of finding success as a solo artist.  But, he also offers him a place in a new trio of singers if he would be willing to sing harmony, shave, and stay out of the sun. (Curiously, “Bud” was based on was a real guy named Albert Grossman and the “trio” he was putting together ended up being Peter, Paul & Mary).  It’s not what Llewyn wants, but it is an opportunity. Llewyn flatly turns him down. As the film progresses, it becomes clear that his unwillingness to change is one of his major flaws. As an artist, a writer, a musician, (in any line of work) change is essential to success and growth.

Lesson 4: By the movie’s end we have little hope or sympathy for Llewyn. He is a jackass of epic proportions. His “friend,” Jean Berkey, has arranged for him to play another show at the famous Gaslight. She encourages him, “…the Times will be there!” He laments at the idea, “I’ve played there 400 times.” Llewyn is hopeless.  He wonders aloud what will be different about playing there one more time?  But he plays the set that next evening, this time right before the emerging Bob Dylan takes the stage.   We are left with no inclination that Llewyn will find success.  He is beaten up in an alley as we hear Dylan’s famous voice ringing out from the stage. Still, as the credits roll, you understand that Dylan’s performance will usher in a new popularity to “folk music” and you wonder if that “401st” show might’ve been the one to finally “break” Llewyn.  The last lesson is, of course, to play one more show, write one more blog, show up for one more tryout, make one more sales call… because success most often comes for those who keep at it, who continue to press on, especially in those moments of hopelessness.