The man was calling to offer him the job of his dreams.  Conventional wisdom said my friend would pack up his family and move away in the coming months to a situation of healthier opportunity and security.  There was only one problem with the proposal: my friend woke in the middle of the night and knew that he could not go. He had begun writing the untold story of a wonderful Civil Rights leader in an adjacent Mississippi town and was compelled to finish the work.

Despite warnings from others in his profession, he turned down the job understanding the offer may never come again.  He recalls gazing into 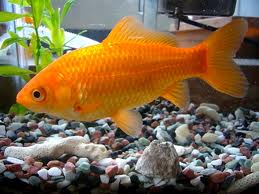 a small aquarium above his desk as he phoned to decline the position and speculating whether the goldfish staring back at him would even approve. The decision was gut-wrenching and lonely; the work ahead was strenuous. But he stayed and completed the project.

It was his “Jerry Maguire” moment.

We all experience the same flashes of clarity.  I choose to believe these imaginative “visions” help us navigate the narrow divide between the choices that leave us empty and the ones that provide real meaning to our lives and the lives of our neighbors.

But our revelations are rarely met with the approval of others.

Film director Cameron Crowe tells fantastic stories.  One of my favorites is the 90’s classic Jerry Maguire starring Tom Cruise and Renee Zellweger (and not because of the lame “you complete me” Hollywood-romance ending).  I love Jerry Maguire because of the moment of clarity that sparks “THE memo” and the movie’s candid depiction of how unsettling it can be when we resolve to go against the grain and pursue what we know in our hearts is meaningful and true.

Jerry is faced with his moment in a hospital visiting an injured hockey player. His imagination takes over, his soul is engaged and he stays up all night crafting a “mission statement” to address all that is wrong with his business.

Jerry is fired because of his memo and makes an impassioned plea to his entire office, foolishly scooping a goldfish from the tank to go with him (before Zellweger’s character, Dorothy, concedes)… the self-doubt and regret is evident as he not so gracefully exits the firm. He is faced with the reality of his dream. The artistic grandeur of following his heart quickly collides with the harsh real-world challenges the decision will require of him.  He is on the sidewalk. He has one client left. He has no safety net.

His “memo” appears to have cost him his career. But you remember the rest of the story.