Finding Freedom in a CRASH

Leave a Comment on Finding Freedom in a CRASH

Stephen King begins a story with a main character who felt that life was smiling at her. She was mistaken, he writes, Life was actually baring its teeth, ready to bite her.

That is the nature of life. It hits us hard at the times we least expect it. There is always a deep and affecting silence in our souls after such a CRASH.

In Holy Nomad, I write that it is often a CRASH in our lives — the grief, tragedies, and the failures — that force us to step back and see the bare-walled realities of who we really are and what we truly value. The CRASH wipes away pretense and allows us the space to recognize how far we are from the freedom of an eternal-quality of life.

The CRASH comes for all of us — the faithful and the lost without prejudice.

It is never designed or even caused by God; but it is often the very opportunity He uses to remind us — we are NOT living free.

A CRASH can be the critical moment in our spiritual stories. In the silence we can hear God telling us to “Go!” We read 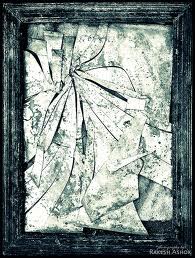 of it throughout the history of faith. It is Adam and Eve being thrown from the garden and into the wilderness. It is the Tower of Babel falling back to earth. It is Israel being conquered and sent into exile. It is the Disciples fleeing into the night at the Garden of Gethsemane. It is St. Peter’s first, second, and third denial of his close friend and Savior. It is St. Francis of Assisi when he saw the leper approaching him and felt terror in his heart. It is Mother Theresa’s first encounter with the dying people of Calcutta. It is the sound of all our relentless work to construct our own paths to happiness and freedom falling down on our heads. The CRASH is the end result of the human condition. It is coming for you (if it hasn’t already)… Listen closely.

In the silence after the CRASH… you can hear God calling you to something greater.

Life provides us those moments of clarity — it is up to us to surrender in that silence to the steady voice of the one who pardoned you… “Come forth.”