Finding Space for Joy In This Very Moment

I was writing in the kitchen while my two youngest were playing in the next room. I noticed my daughter coming in and out of the hallway bathroom suspiciously, so I took off my headphones to listen. She was carefully filling a ceramic teapot with water and taking it into the next room. Her older brother was sitting patiently with her (playing along) when she slowed her busyness to ask him a question… “What shapeis heaven?”

There was a bit of a pause and I gently rose from my chair and shuffled quietly over to listen. It was a moment I desperately wanted to observe without disturbing… the two didn’t notice me watching.

“Well,” her brother responded slowly and thoughtfully, “I don’t think heaven is like a house with walls.” Little sister continued to play with her teapot full of water as different sized toy teacups were carefully arranged across the coffee table between the two. She filled up one of the smallest, spilling a drip of water on the table. Her big brother furrowed his eyebrows level to the top of his glasses in a gesture of deep thought and continued, “… I think heaven is kind of like this water.”

He gently took the teapot from his sister who cheerfully acquiesced, “See how this one can hold a LOT of water…?” As he 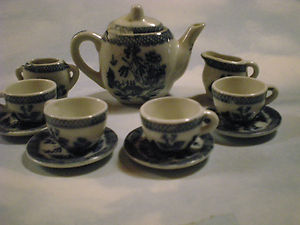 finished filling the largest cup full of water, his little sister shook her head, pretending to understand his metaphor, “…and THIS one can’t hold as much,” he began to pour into a much smaller cup right next to the large one. “Heaven will just fill up whatever space you have… just like the water does… See?”

I stood there listening in amazement. Little sister responded with an unimpressed, “Oh,” and the two preceded with their imaginary tea party… all discussions of heaven settled and forgotten.

I haven’t been able to get beyond my 7 year-olds perspective of heaven for the last couple of days. His imaginative explanation came at a moment that I was doing some work. I guess when the two were talking about heaven, I heard them talking about Joy, after all, C.S. Lewis wrote, “Joy is the real business of heaven.”

I sat back down to write and considered the truth that Joy can only fill up the space we allow for it.

I don’t know about you, but some days I feel like one of the smallest tea cups at the party, like I can barely hold an ounce or so. I have wondered if I shouldn’t ask my son how I might be a bigger teacup. I suspect he would be so caught up in the next beautiful moment of life that he wouldn’t remember his analogy or why he had made it. He’d be focused on a party. Of course, that is quite a large portion of the answer isn’t it? We can’t experience Joy in the past or in the future. This very moment, I believe, is our biggest tea cup…

The “tea party” is going down right about now…