(“Five Good Answers” interview with Brian McLaren originally published on 2/4/11.Make sure to check out his new book – Naked Spirituality).

Brian D. McLaren is an author, speaker, activist, and public theologian. A former college English teacher and pastor, he is an ecumenical global networker among innovative Christian leaders. A frequent guest on television, radio, and news media programs, he has appeared on Larry King Live, Nightline, and Religion and Ethics Newsweekly. His work has also been covered in 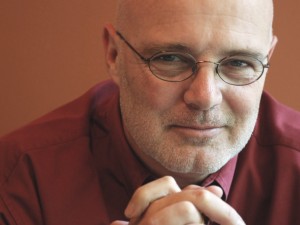 Time (where he was listed as one of American’s 25 most influential evangelicals), Christianity Today, Christian Century, the Washington Post, and the Huffington Post.

I first read Brian McLaren’s A New Kind of Christian and was taken with the way he framed his thoughtfuldiscussion about the Gospelin arelationship betweentwo characters that I could identify and connect with: an English teacher and a pastor. His clear voice and wonderful prose challenged my thinking and assured me there were people actually voicing what I had been feeling, as I reconciled my theology with the realities of American evangelicalism. My respect for Brian grew very deep when I witnessed his persistent willingness to engage in honest conversation with his detractors. I write often about the way we communicate with one another and believe we can learn much about how todialogue about our faith with an open heart and open mind by following his example.

In his new book Naked Spirituality, Brian focuses on a major crisis in the Christian faith. Many sincere Christians feel their 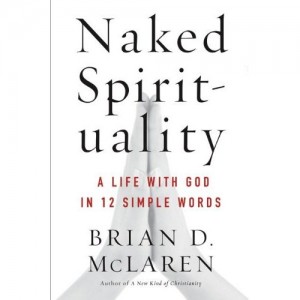 traditional Christian practices are in danger of becoming irrelevant, empty rituals. He confronts how the lack of a simple, doable, durable spirituality undermines the very transformation God is calling us to undergo. As a result, our religious structures become tools to maintain the status quo rather than catalysts for personal and social change. Naked Spirituality offers accessible, practical wisdom for living a truly spiritual life. It releases March 15th, I highly recommend you pick up a copy (click on the book cover to purchase).

It was an honor for me to sit down recently with Brian and talk about faith, literature, and his new book. I think you will enjoy “Five Good Answers” with Brian McLaren:

Matt: In my estimation, the Emergent conversation has provided shelter and hope for many in thechurch. Almost a decade in, where is that movement now in terms of influence and where doyou see it going?

Brian:I remember many fascinating conversations with people like Doug Pagitt, Sally Morgenthaler, Chris Seay, Tony Jones, Brad Cecil, and Karen Ward around ten years ago as we dreamed about what might happen through the emergent conversation – as we wondered where our fledgling conversations might lead. I think that for many if not all of us, we expected to be ignored for ten or twenty years, criticized for another ten or twenty, and then maybe listened to by a few after that. But all of that got condensed into eight or ten years, so in some ways, we’ve already gone farther than I expected we would get in my lifetime.

As to your question about current influence – it depends on which sector of the church you’re talking about. Sadly, in the Evangelical community from which I hail, the conversation has largely been shut down by evangelical gatekeepers. Neo-Calvinist, religious right, and prosperity gospel voices seem to predominate, and although many, many Evangelicals are part of the emergent conversation (publicly or “by night” like Nicodemus in John’s gospel), they do so at some risk to their reputation. Meanwhile, the emergent conversation is spreading like wildfire among Mainline Protestants, and I see momentum growing among progressive Roman Catholics, with some interest among more progressive Eastern Orthodox folks as well.

I should also add that I differ a bit from several folks, including some close friends, in how I think of the emergent conversation. I’m not big for making big distinctions between emerging, emergent, missional, new monastic, etc. I see all of these as sub-conversations or sub-movements – each of which certainly has its distinctive identities and emphases – that are part of something bigger and unnamed, and that bigger, unnamed reality is the movement we’re waiting for. That movement would include, on the Catholic side of the house, the ongoing legacy of Vatican II, and it would build upon global movements of the last several decades like liberation theology, eco-theology, feminist theology, post-colonial theology, etc. A hopeful future here in North America, as I see it, lies in a broad-based, spiritually-rooted, missionally-focused convergence among progressive Evangelicals, missional Mainliners, progressive Catholics, the Peace Churches, and the ethnic churches that carry on the tradition of Dr. King. So I see the emergent conversation as one of several streams coming together in that larger convergence, that larger movement. I tried to sketch out some of the key questions that contribute to this movement in A New Kind of Christianity.

Matt: What do you view as the 21st century church’s greatest challenge?

Brian: The repentance, reformation, and redemption of capitalism. If the 20th century was largely about capitalism defeating national socialism (in WW II) and communism (in the Cold War), the 21st century begins with global capitalism as the undisputed ruler of an arch-empire with no competitors – except the anarchy of terrorism. As I explain in my book Everything Must Change, unrestrained, conscience-free, unaccountable capitalism contributes to four inter-related crises: ecological destruction, a growing chasm between a rich minority and a poor majority, bitter conflict (with weapons of mass destruction always in the background), and religious corruption.

The big question in my mind is whether people of faith and goodwill will rise up and successfully tame capitalism-gone-wild, or whether it will prove untamable and drive off the cliff of collapse. That challenge – to pursue the common-good goals of planetary stewardship (by maximizing sustainability), poverty-reduction (by maximizing employment and economic justice), and peacemaking (by maximizing preemptive solidarity) rather than short-term profit – must be a primary mission of the broad spiritual movement I was talking about earlier.

Brian: Well, I wrote my Master’s thesis on Walker Percy, so all his novels would be at the top of my list, probably starting with The Last Gentleman and The Second Coming. But I love a wide range of fiction – from science fiction (I’ve really enjoyed a number of Orson Scott Card’s novels – especially the Ender series, the Alvin Maker series, and the Homecoming Series) to contemporary more literary fiction. In the latter category, I am a raving fan of Frank Schaeffer’s Calvin Becker trilogy.

Matt: What are you hoping to communicate in your upcoming book, Naked Spirituality?

Brian: I’m sure that I think that every new book is my best … but I do have really high hopes for Naked Spirituality. In short, I hope it provides a reading experience that renders a lot of people vulnerable to experiencing God. That’s my hope … not just that people learn about four stages of the spiritual life, or that they gain three specific practices relevant to each of those four stages … but that in using those practices, each lodged in a simple word, they’ll find (to use the language from Luke’s Christmas story) the power of the Most High overshadowing them, and they’ll become increasingly “pregnant” with Jesus.

Matt: Judging from conversations you have had with your readers, what book of yours do you find hashad the most dramatic impact on people’s faith?

Brian: Three of the dozen or so stand out:

A New Kind of Christian seemed especially helpful to Evangelicals.

A New Kind of Christianity has had the widest appeal and probably the most enthusiastic response (and intense pushback).

More Ready Than You Realize also had a big impact, and I hope that Everything Must Change and Secret Message of Jesus will also prove, over time, to be important. But my suspicion is that Naked Spirituality will probably be most significant of all my books so far, in large part because it is focused on the spiritual life, and so many people are really hungry for the primal, naked experience of God.

You can read more about Brian McLaren by visiting his website here: http://www.brianmclaren.net/