What is wrong with being safe?

Leave a Comment on What is wrong with being safe?

Miss Maudie comments to the narrator of To Kill a Mockingbird, that in a town full of religious folks (people who don’t miss a church service), they arefortunate to have at least one man (Scout’s father, Atticus) that has the courage to stand up and do what is right. In a town where racism is the “usual disease”, Iwonder ifMaudiedoesn’t articulate the real underlying problem in these linesas sheindentifies the residents of Maycombas the “safest folks in the world.”

This is always something that haunts me when I think about my own faith.

The implication is that the town is complicit to the practice of prejudice and racism because it is the prevailing attitude of the day. In the Alabama of the 1930’s, it is the norm.

Can real faith be safe?

CS Lewis’s metaphor for God in his children’s series is the lion, Aslan. In The 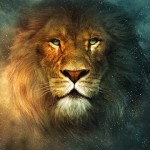 Lion, the Witch, and the Wardrobe, as the children learn of Aslan, Lucy asks, “Is he safe?” “Safe?” responds another character…“Who said anything about safe?”…“Course he isn’t safe. But he’s good.”

This, of course, is the crossroad.

It is the place where our anesthetized church talk and the realities of Jesus move in two separate directions.

The God who asks us to take up our cross and follow Him is not as innocuous as we pretend. Think about it. Jesus says, “Hey, grab your own electric chair and c’mon.” This is a tough message to hear in a culture fixated on security and success.

In the prejudice and racism of Maycomb, we see the evil and hopelessness caused when the people who claim to follow Christ choose “safety”.

What does it mean to you today to walk away from safety?