Leave a Comment on An Interview with Charles J. Shields, Author of New York Times Bestseller – Mockingbird: A Portrait of Harper Lee

Charles J. Shields’s masterful biography, Mockingbird: A Portrait of Harper Lee, was a New York Times Bestseller during the summer of 2006 and is currently in its 8th printing. Shields spent years researching and writing the 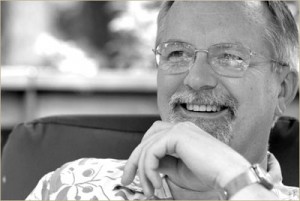 biography of Harper Lee. He is a former English teacher who taught To Kill a Mockingbird for a number of years and later became a writer of nonfiction books for young people. For Mockingbird, he interviewed over 600 of Harper Lee’s neighbors, childhood friends, law school classmates, and Kansas residents who became her friends while she was there helping Truman Capote research In Cold Blood. As a result of Shields’s research into Truman Capote’s papers, the papers of Harper Lee’s agent, and the archives in the courthouse and historical museum in Lee’s hometown of Monroeville, Alabama, information never before known appears in this insightful portrait of the Pulitzer Prize-winning author, who stopped giving interviews in 1964. His writing about Harper Lee, the wildly successful Mockingbird and its adaptation I Am Scout, have garnered an enormous amount of critical acclaim. 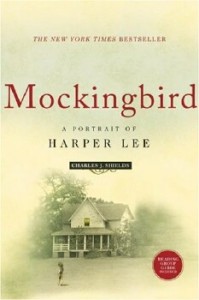 Thetalented biographer with an affinity for post-World War II American authors is currently placing the finishing touches on his latest book: And So It Goes: Kurt Vonnegut, A Life, slated for release from Henry Holt & Co. this coming November (it is currently available for pre-order by clicking on the book cover below).

And So It Goes will be the first official biography of Kurt Vonnegut. The story of how Shields gained permission from Vonnegut to write this expansive biography is simply wonderful. He wrote about the process in a blog-post titled, “Getting to Yes with Vonnegut.”

You can read about it here: http://writingkurtvonnegut.com/2011/02/19/a-biographers-notebook/

I encourage you to experience more of Shields’s writing by visiting his blog: http://writingkurtvonnegut.com/

I am an admirer of Charles Shields’s work. I have used his biographies of Harper Lee in my classroom. 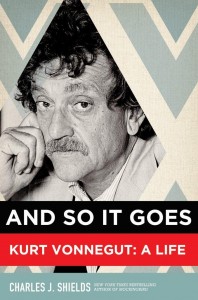 His ability to piece together the congruent and compelling story of the reclusive author’s life is a testament to his dedication as a researcher and his giftedness as a author. I have always enjoyed his compelling yet accessible style of writing, and have found that my students do as well.

I had the honor of talking with the award-winning biographer recently to discuss Harper Lee, To Kill a Mockingbird, his take on the discipline of his craft, and his upcoming work about the life of Kurt Vonnegut. He graciously by-passed the five question motif and answered ALL of my questions.

I hope you will enjoy this edition of “Friday’s Five Good Answers” with Charles Shields.

Matt: In your research and writing about Harper Lee, what did you learn about her that surprised you the most?

Charles: How consistent her personality has been her entire life. From the time she was a small girl (and very much like Scout) until now, Harper Lee never tried hard to fit in, never sought approval. She’s independent. Consequently, being celebrity didn’t appeal to her. It was too confining, meeting other people’s expectations.

Matt: Because I write about faith, I found Lee to have some pretty harsh (and needed) commentary about southern church culture (a lot of that criticism can still be applied to church culture today). What was your take in studying Harper Lee of her views on religion and faith?

Charles: She belongs to the local Methodist church in Monroeville, Alabama, the one where her father was a deacon for many years, and often attends services twice a week, Wednesday evenings and Sundays. She also tithes. Like most people whose faith is robust and thoughtful, she’s skeptical about certain things. The satire in To Kill a Mockingbird about the church ladies who fret over the downtrodden in Africa, while ignoring injustice in their own community is an example of Lee’s uncomplicated attitude toward her faith. She expects believers to walk the walk, and talk the talk.

Matt: How has your approach to the discipline of writing changed over the years?

Charles: Interesting you should ask… I have to say that it hasn’t changed. Since I was fifteen and began writing for my high school newspaper, I’ve always believed that writing is largely craft. You learn how “to be a good date for the reader,” as Kurt Vonnegut says, by practice. Then you find that unless you write regularly, you get rusty, just as you would not practicing the piano or singing. So I treat writing as a nine-to-five job and write practically everyday. If I don’t, it always takes a week to ten days to write well again.

Matt: What initially led you to write about Harper Lee?

Charles: I taught high school English for a number of years and To Kill a Mockingbird was part of the curriculum. My students wanted to know more about the author, and there was practically nothing to tell them. When I began to write fulltime and was looking for a subject that would sell in bookstores, a life of Miss Lee seemed obvious. There had never been one, despite the fact that the novel is one of the most popular ever published in the United States.

Matt: You are currently working on a project about the life of Kurt Vonnegut. What has you most excited about this upcoming book?

Charles: I’m especially looking forward to readers’ reactions. His fans will be introduced to a complicated, haunted man they didn’t expect.

Matt: What advice would you give to aspiring authors and writers?

Charles: Get into print any way you can: in your local newspaper, or a publication of the field you’re in, or online. The experience and encouragement of seeing your words in print will give you a sense of accomplishment. Often, at first, you have to write for free. But don’t stay at that level for long. A career in the arts depends on promoting yourself, higher and higher. There’s no fixed ladder to climb or tests to pass. You have to decide what success means to you and find your way toward it.

Matt: You obviously didn’t have access to Harper Lee while writing her biography — have you ever had any contact from her related to your books — even second hand?

Charles: I understand from friends of hers that she tells people not to read my biography of her.

Matt: What is the biggest challenge for you of working on biographical writing?

Charles: It’s to remain empathetic. No one is born into life with a blueprint that guarantees how to build an ideal life. We make mistakes; say things we regret; marry and fall out of love, and so on. In the end, I have to write a fair, accurate, and compassionate portrait of someone’s life, or else I’m just passing judgment, and I don’t have the right to do that.

Now, that’s not to say my crucial faculties don’t come into play. No reader wants a biography written by a Pollyanna. But lack of understanding and appreciation for a person’s life makes for flat, unforgiving reading.

Matt: Who are some of your favorite writers (Lee and Vonnegut aside)?

Charles: I wish I had a good answer for that. Actually, I like any author who writes well, particularly when it’s nonfiction. I’ll purchase a book if I open it and admire the style. It doesn’t matter what the subject is.

Matt: What are the chances that Harper Lee may have some collection of writings or letters sitting around that might someday be published?

Charles: I know for a fact that she has written hundreds of letters over the years to friends. I hope that someday we’ll have a volume of the collected letters of Harper Lee.

Matt: Do you already have something/someone in mind that you would like to write about next?

Charles: No. To be honest, I’m tired. The Vonnegut book was the most ambitious undertaking I’ve ever struggled with: 200,000 words with 1,800 footnotes. Kurt was an extrovert and published fourteen books in his lifetime. I also found and collated 1,500 pieces of correspondence he thought he had lost forever. I spent five years in my study, working six days a week.

Matt: What has been your most memorable experience of your writing career so far?

Charles: First, making friends with other authors, some of whom are the best in the field of biography. I found they accepted me right away. Second, speaking to young people. I like to tell the story of how I became a writer, and see by their expressions that they’re thinking about what they’d like to become one day, too.

Check back for next week’s edition of Friday’s Five Good Answers with college president, pastor, and author, Dr. Dan Boone who will be discussing his new book: A Charitable Discourse: Talking About the Things That Divide Us.